The Expansion Of Basic Common Law 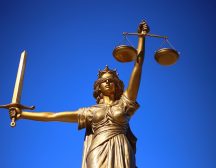 We tend to think of our common law system having started in 1215 by King John at Runneymede but there was the start of the trial by jury, rather than trial by ordeal or combat, nearly 100 years prior when the Assize of Clarendon Act was passed in the reign of England’s Henry II.    However with the signing of magna carta, the law was taken out of the hands of the king and his government and the start of the independent legal system we enjoy today made its tentative start.   The court system is fascinating and is broken down into very complex with many different divisions.  Divisions of the High Court for example covers Admiralty, Mercantile, Technology & Construction, Administrave and Commercial.   This last one has a very wide jurisdicion over all matters involving trade, international trade, banking, international credit and the Judges are the arbitrators in commercial disputes.  The Technology & Construction Courts are obviously much more recent and covers such things aa traditional building cases, professional negligence claims as well as things like engineering matters.   It is administered in eleven regional centres around the country.