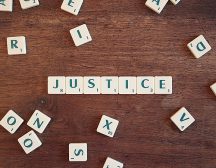 There are many cases of folk getting into trouble with the law in other countries.  This is a dilemma for all concerned, but particularly if there is some hostility in the background.  It is dreadful for an innocent person who is fighting injustice, maybe they’ve been arrested by mistake, or maliciously malpractices.  The chance of getting a completely free and straightforward exit from that plight is probably 1 million to one.   The level of legal cover available to a tourist abroad will depend on the travel insurance the party took out.   If it’s with a major player in the international world, this can be a benefit but it’s by no means certain that the average policy will include defending cases abroad without some governmental back up.  The government – well the foreign office, has to be involved in all cases of UK citizens getting in to bother abroad. They monitor these individuals upon release and they’re not allowed to travel outside UK with their passport if they look likely to have been an instigator of previous trouble.  Our passports are still very valuable and losing the right to use one is most serious ideed.