Having to Defend The Indefencible 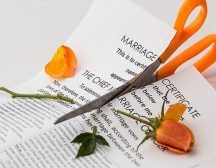 I watched a programme the other week, about the border security issues and their struggles to keep as many narcotics as possible out of the reach of the public.   It seems incredible and really irritating, just how much expense our government has to go to.   The drugs trade is so big now – it’s a massive industry and the criminals are getting smarter and more devious.  It really upsets me personally.  I can’t imagine ever being in trouble, let alone enough trouble to require the services of a lawyer to get me out of it.    The latter part of the programme listed all the gang members caught on one importing spree.  It listed also the amazing number of packets of seriously dangerous heroin they tried to bring in.  It showed each member and how long they were sentenced for – not long enough, obviously, but hey ho.  The defense team were not shown.  That must be difficult to carry out – defending someone you are 99% positive intended to flood the market with drugs and who wouldn’t bat an eyelid before shooting or knifing anyone trying to stop them.   but the training of a good lawyer deals with all that side – the good and the bad.